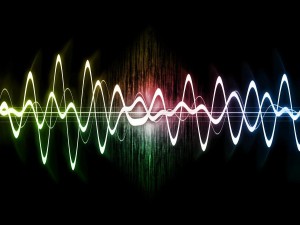 Sustained sounds need subtle changes and movement to remain interesting to our ear. When an instrument like a violin sustains a note, there are subtle pitch and timbral variations imparted by the player that keep the note from remaining static. Electronic sound sources, on the other hand, don’t change or evolve without some help from parameters within the synth. Textures that are static sound lifeless and flat, particularly when mixed against dialogue and sound effects and played back on a medium like television under less than ideal listening conditions. Giving your synth sounds movement and evolving timbres will make them sound richer and add more depth to your mixes.

Let’s take a look at some techniques for making a sound evolve.

Low frequency oscillators are key to creating timbral movement because they can provide cyclical change to a parameter. LFOs are often used to simulate vibrato and tremolo by modulating pitch and volume but can modulate virtually any parameter in many plugins. A classic way to provide sonic evolution is to route the LFO to the filter cutoff, set the LFO shape to a sine wave for a smooth transition and the LFO frequency to a low number (1 Hz or lower) so the change happens slowly. This makes the sound get brighter and duller over time as the LFO moves through its cycle.

To make complex evolving sounds you need multiple LFOs to modulate discrete parameters at different rates. Many synths only have a single LFO, but instruments such as Omnisphere, Massive, Zebra2 and Logic’s Alchemy (brand new in version 10.2) feature up to six LFOs that can modulate almost any parameter on the instrument. By setting different rates for each LFO, you create a sound that is constantly changing and non repetitive since each parameter cycles through its changes at a different speed. It isn’t necessary to provide a lot of modulation (usually represented as depth or amount) as subtle changes are often most effective on pads and sustaining tones such as drones. Good candidates for modulation are filter cutoff, resonance, panning, timbre shift, and volume.

2. Use envelopes in addition to LFOs.

Envelopes modify the attack, decay, sustain and release of a parameter. The limitation of an envelope is that, unlike an LFO, it doesn’t repeat, so when an envelope reaches its sustain level, it no longer modifies the parameter until the note ends and the envelope goes through its release portion.

Synth envelopes have traditionally been used to modify the amplitude or filter. In many plugins, envelopes, like LFOs, can be routed to modulate virtually any parameter. For pad sounds, envelopes are useful for movement as their shapes are more complex than the cyclical LFO. Omnisphere and Alchemy are examples of synths that feature very long envelope times. These plugins can have attacks, decays and releases of up 20 seconds, which translates to 60 seconds for an envelope to go through its entire cycle. For a drone that needs to sustain for minutes on end this may not be enough for a constantly evolving sound, but for many sustained tones those lengths are more than sufficient.

3. Automate parameters to precisely control the way the sound changes over time.

A plugin’s parameters can be automated with MIDI continuous controllers and via track automation. Most plugins allow you to assign a MIDI continuous controller by right clicking on the parameter you wish to automate, clicking learn MIDI CC and moving a knob or fader that sends that MIDI CC on your MIDI controller. You can then record or draw in any fader moves you wish to make. Most plugins’ parameters can also be automated using your DAW’s track automation if you simply want to draw the automation in with your mouse. Automation is a great choice for sonic variation if your instrument doesn’t provide many modulation options or if you want very precise control over the way the parameters change over the course of the cue.

4. Use more than one sound source to create evolving textures.

Synths that use more than one sound source are great for evolving textures. By changing their relative levels over time, you can create an ever-shifting soundscape. A cool effect is to apply independent LFOs to pan the sound sources at different speeds. I generally like to use subtle panning, as a small amount gives gentle movement without calling too much attention to itself.

Orbit is an example of a great sounding Kontakt instrument built around the idea of using multiple sound sources to create shifting textures. Orbit uses four sound sources that it cycles between. Each source can be filtered, panned and tuned independently and the movement between sources creates a constantly evolving timbre.

Alchemy presents another method for switching between its sound sources and parameters. In Alchemy’s performance section there are eight boxes representing different parameter settings for a given patch. The boxes are bounded by a blue rectangle that can be dragged smoothly from one box to another, incrementally changing preset parameters and morphing the sound. You can add these movements to a recorded MIDI track by setting your sequencer to overdub MIDI and recording the mouse movements.

5. Use sampled sound sources rather than electronic oscillators.

Synths that can play samples are useful for creating rich textures since samples of acoustic sounds are more timbrally complex than electronic oscillators. Omnisphere, Alchemy and Izotope’s Iris 2 are examples of plugins that can load samples as sources. You can quickly make a sound your own by finding a preset you like and swapping out the sound source. I often use this method in Omnisphere when I want to create a unique sustain sound. I create a basic sustaining sound, use LFOs and other modifiers to morph the sound as described above, then replace the sound sources to create a number of variations of my original sound.

6. Use insert effects to create variation.

If you have a patch you like on a synth that doesn’t feature many modulation options, insert effects can be used to create variation. I often will give my pads a subtle pulsing effect by using tremolo. My favorite plugin for this is Tremolator by SoundToys. Tremolator has a number of shapes you can use and it syncs to tempo. I add a small amount of depth to give the sound some movement. A similar effect can be achieved with Logic’s Tremolo plugin, which can create either mono or stereo tremolo effects depending where you set the phase settings.

Autofilter plugins can be used to filter a sound with an envelope or LFO that syncs to tempo. Your DAW probably has one as part of its stock arsenal of effects. I like to use FilterFreak2 by SoundToys. FilterFreak2 has two filters that can run independently of one another. The filters sound amazing and can be used to create long slow changes by unsyncing the plugin tempo from the DAW’s tempo, setting it to its lowest setting of 30 bpm and letting it cycle through 16 bars. At this setting it takes the filter over two minutes to complete its cycle.

As media composers, our work is deadline driven. While I love getting lost in the sonic possibilities available to me through plugins, I rarely have the time to program a unique sound from scratch in the middle of a project. A lot of presets sound great, but may not evolve in the way that you need them to in the context of your track. These techniques will help give your sounds movement and keep them from sounding dull and lifeless. Small changes can go a long way to keeping a sound interesting over time and add richness and depth to the electronic textures you use in your music.